Copper Tritscheller, a native of Georgia did not originally pursue a career in art however her artistic side showed itself in many ways until in 2000, Tritscheller was formally introduced to the art world. Drawn to what she considers the “misunderstood” animal, much of her work centers around burros and bats. Tritscheller approaches her subjects from all angles, sculpting them both as animals, as well as anthropomorphically. She is constantly pushing the barrier between animal and human. Her body of work continues to grow and can be found in galleries in the US, China and Taiwan.

“The Earth without bats would be a very different and much poorer place. Without bat pollination and seed-dispersing services, local ecosystems could gradually collapse. The Baobab tree in Africa depends almost exclusively on bats for pollination..called the African Tree of Life, it is critical to the survival of the planet’s richest ecosystems..without bats, the Tree of life would die out.” –batconservation.com 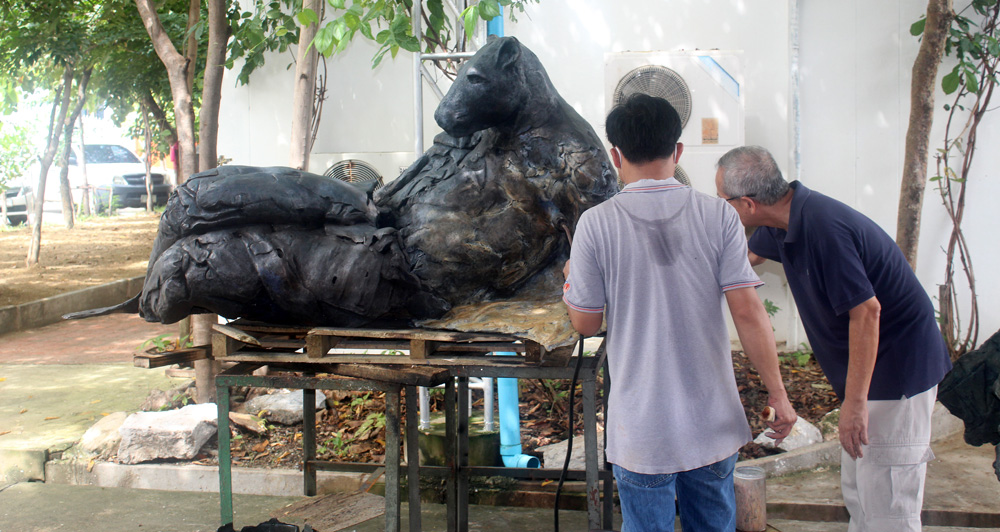 Reclining Bat being patinated at the TMC Foundry in Thailand